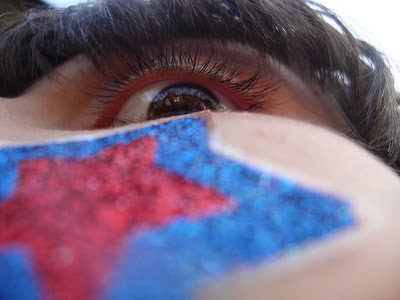 
We spent Saturday and Sunday celebrating this year... 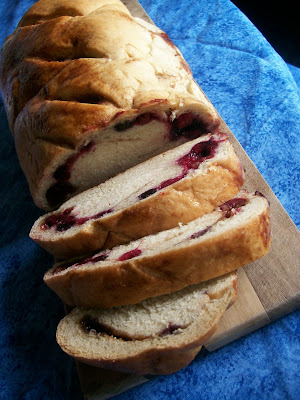 Daddy brought home a loaf of "Red, White and Blue Bread" from his favorite bakery...it is like cinnamon bread with dried cherries and blueberries swirled throughout. Yummy way to start our Independence Day.


Our little town has a yearly parade: 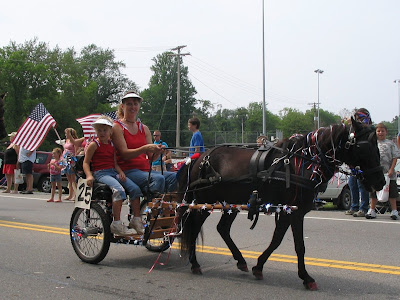 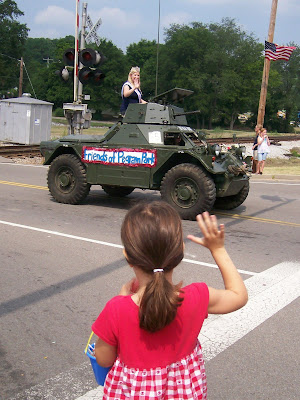 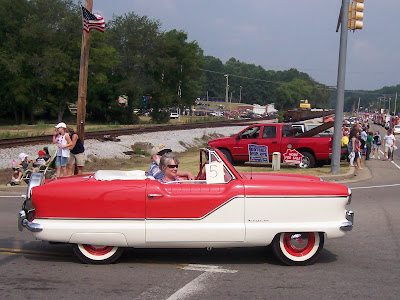 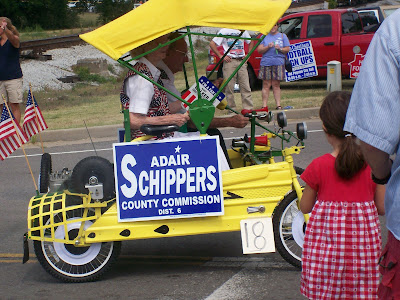 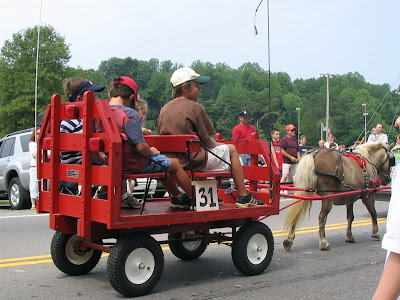 After the morning parade, Toucie, Daddy and I headed home to pack a picnic and go to the water. From one of our regular swimming hole spots at the Harpeth River we can see something that looks like an island way off in the distance, floating in the middle of the river...we decided to wade/swim down the river and check it out. 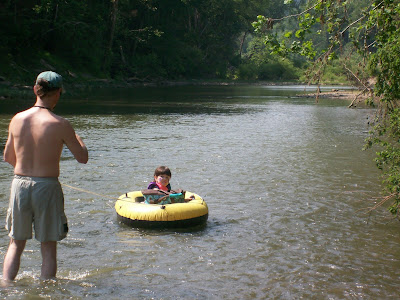 We put Toucie and our picnic in a little inflatable boat and headed out. 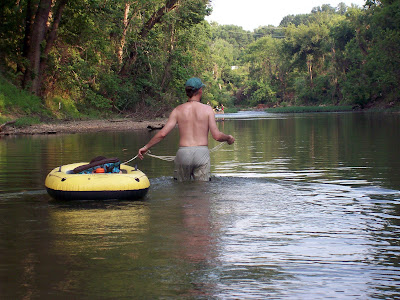 The water didn't get much deeper than our waists, so the going was never treacherous, but it was quite the adventure all the same!
When we reached the island it was as if we had traveled back in time to uncharted territory. So much to explore...Daddy even found a broken arrowhead...who had been here and left that so many years ago, we wondered. 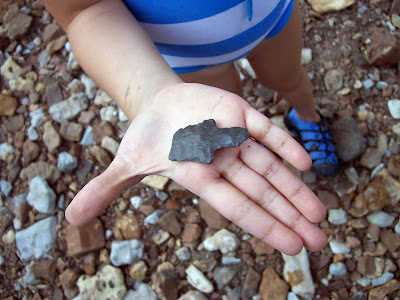 We discovered additional signs that others had been there before us...perhaps more recently :) 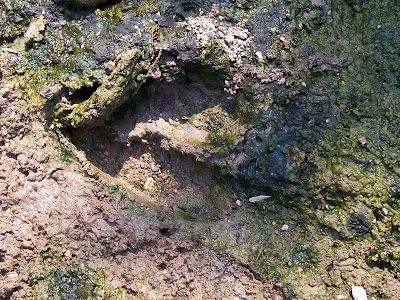 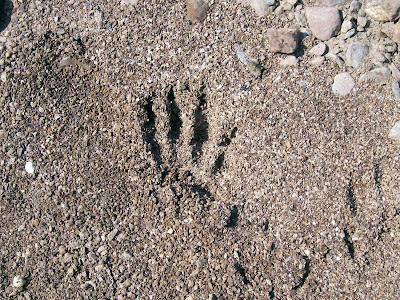 And then, of course, Toucie found a colony of the tiny frogs that are native to the banks of this river... 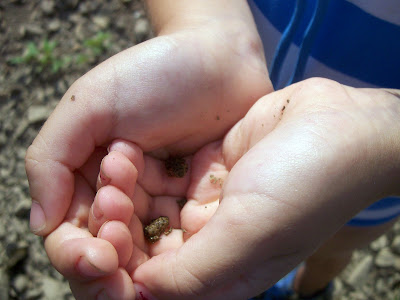 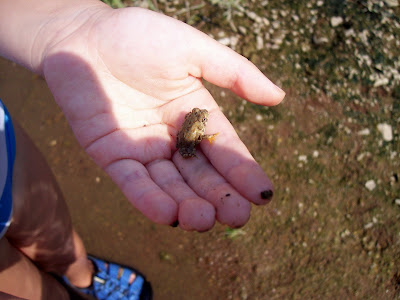 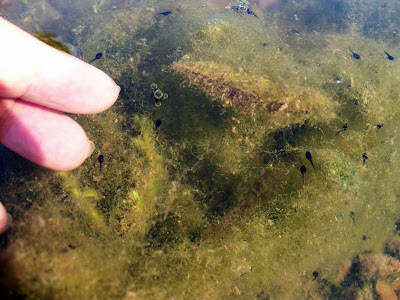 (the tiniest polliwogs we've ever seen!) 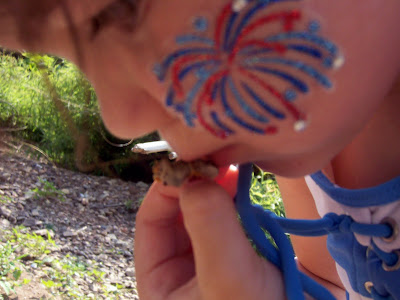 
We found a nice shady spot to eat the picnic that Daddy had packed for us and discovered it was scattered with really interesting rocks and fossils. 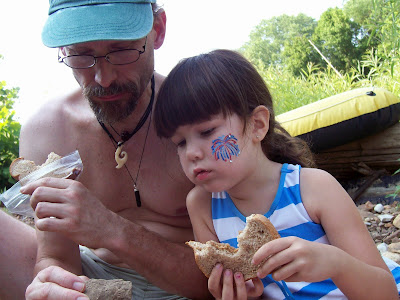 And Toucie found a spot where she was able to sail in her boat unassisted before we headed back home. 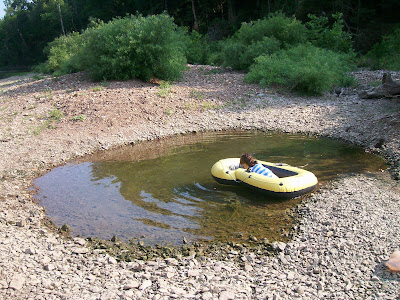 When we joined up again with Sodie, Naya, and Mado, we headed out to the country to spend the day with grandparents on their farm. 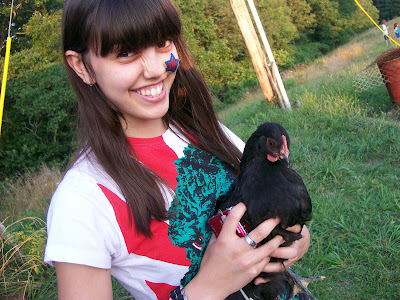 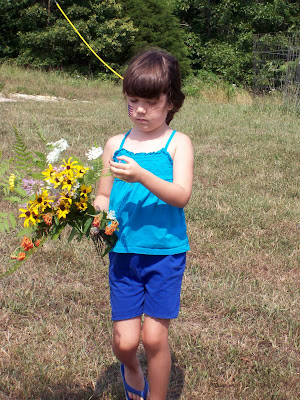 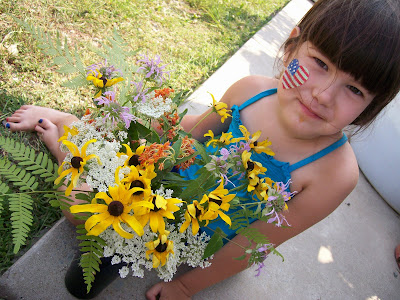 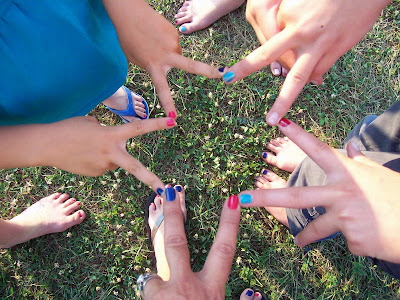 There was much grilling of burgers, churning of ice cream, raising of glasses, and shooting of fireworks :)

Mado got lots of pretty shots of fireworks...here are a couple she took of Sodie and Toucie with sparklers: 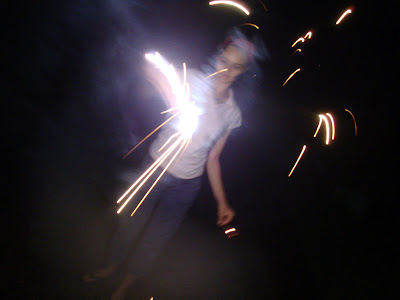 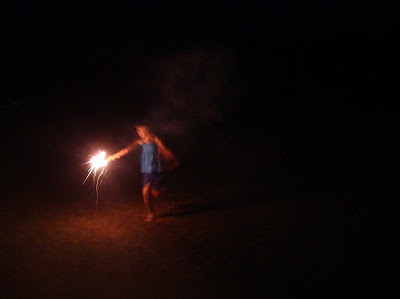