Our Ren Faire is 25 years old now...we've been loyal patrons since before the girls were born!
Check out this fine fellow: 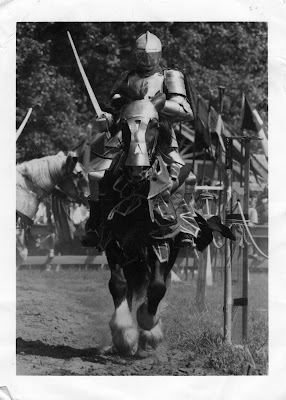 Friends... that is my husband. on a horse. in shining armour.
Once upon a time, long, long ago, my dear one made his living as a knight...a jouster with The New Riders of the Golden Age. He roamed the country with his comrades, doing a circuit of Renaissance Faires that kept him in the saddle almost year-round. 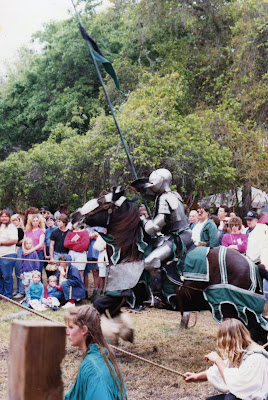 It is hard to believe that this was almost 20 years ago!!
Here's one more shot, just cause he's so awesome: 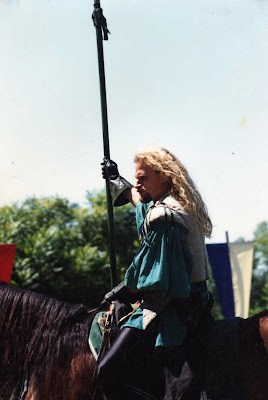 As romantic as it is to be married to a knight (in fact, he proposed to me on the jousting field and we were married in the castle on these very grounds), I am very happy to say that he has long since discovered a new vocation (he's a massage therapist...I know, I know!!!) and leaves the clashing and bashing to others. Like these guys that we cheered at this most recent Faire: 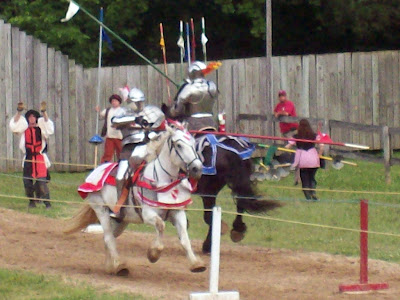 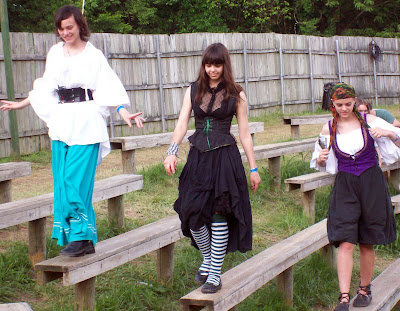 Here are some swashbuckling pirate lassies that belong to me :) 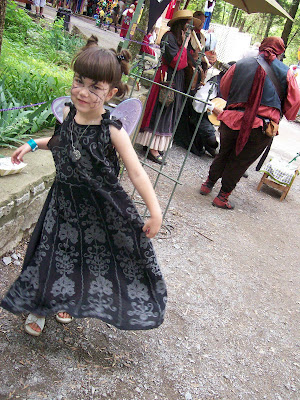 ...and this little Cobweb Fairy is mine, too! Can you see the hatted lady playing the hurdy-gurdy in the background? The music was so lively and engaging that we couldn't pry this dancing fairy away for some time. 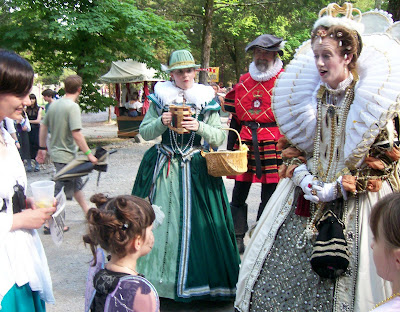 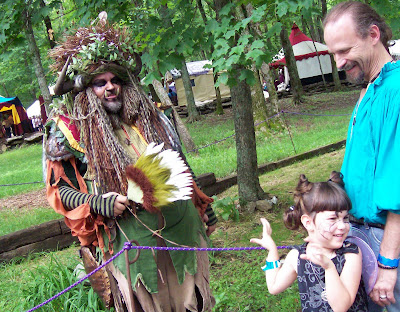 The King of Trolls...Toucie loved him from afar, but up close?...Well, that's different! (I wish I had gotten his feet in the picture...they were about 20 inches long!) 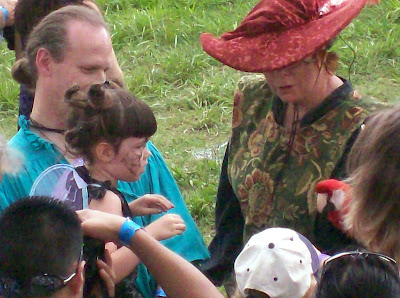 There is a fabulous Birds of Prey show with a master falconer that Toucie is just now old enough to be fascinated by. After the show she got to go down to visit the falconer and her parrot. 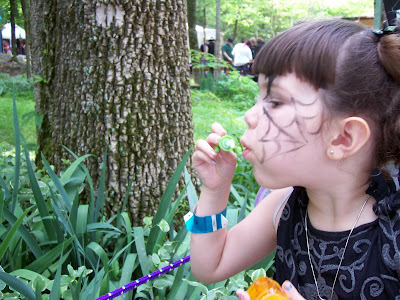 Next year I'll try to take more photos of the Faire itself...it truly is transporting to step into this festive, wooded fairground inhabited by hundreds of folks in period costumes all hawking curious wares, tasty foods, or riotous entertainment. It is a very satisfying family tradition to attend each year...for us, it heralds the official entry into summer. Let the summer begin!
Posted by cypress at 9:37 AM