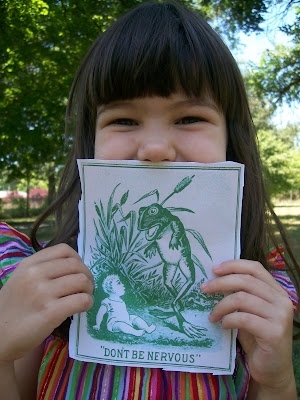 Toucie has developed a fascination with frogs this summer. (Bizarre vintage print, I know...if you think it is as awesome as we do, here is where you can print it for free) 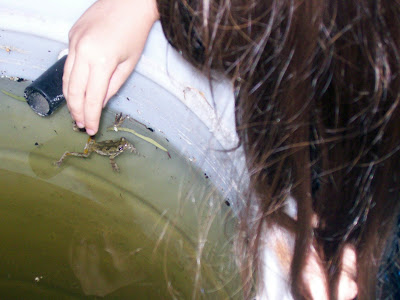 As you can see, she is not daunted by funky water...she will go to great lengths to catch a frog for a quick
snuggle. 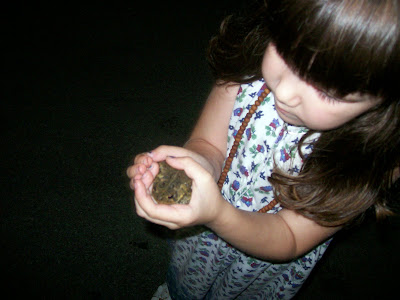 She found this one when we went to the park in the dark one night...fearless! 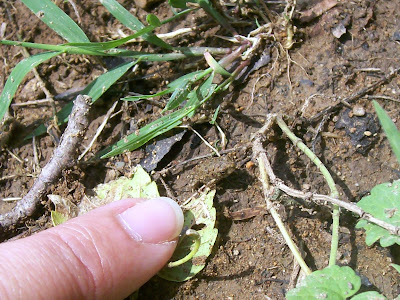 Can you see the tiny guy in the center of this picture? Toucie and I are both captivated by these miniature creatures. 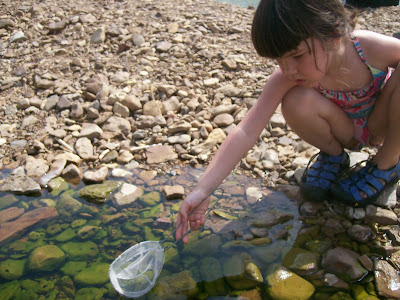 We found a puddle full of tadpoles near one of our swimming holes earlier this summer. 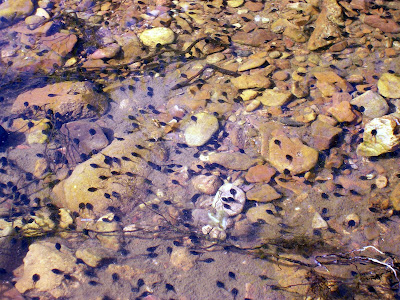 Wow...we hoped that the puddle could support all that life...that the tadpoles would have a chance to mature before the puddle dried in the hot, hot sun. 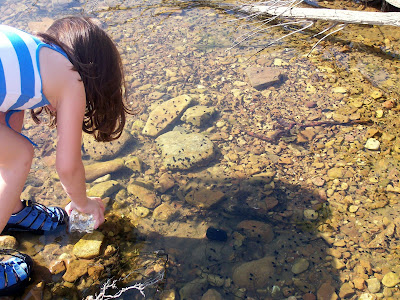 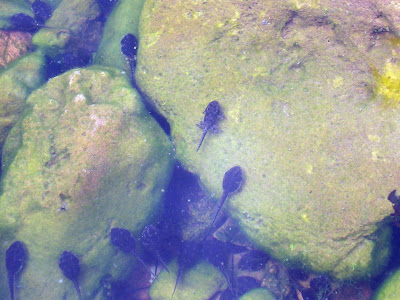 ...watched them grow and change... 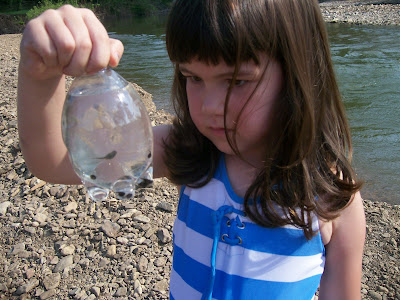 ...and finally, when we saw that the puddle was shrinking alarmingly, decided to temporarily adopt a bowlful of tadpoles to take home. 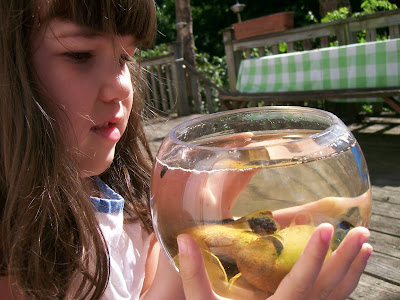 We share our home with 5 little tadpoles now...and one river snail :) 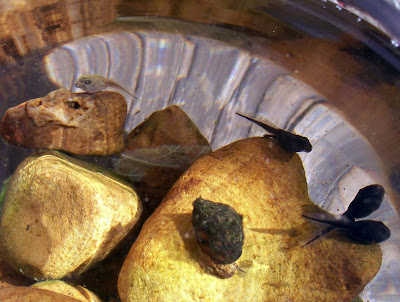 There are two different species in our bowl (you may be able to see the difference between the 3 dark ones on the right and the one pale one in the upper left...that dark bit in the middle is the snail!) We don't know if they will become frogs...or toads! 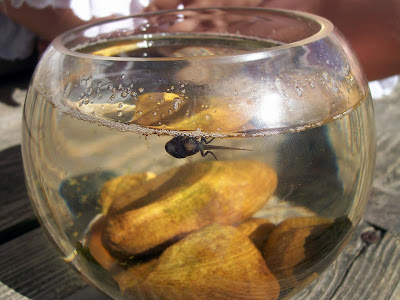 Look at those little legs!

The puddle where these animals originated has since dried up, so we are happy that these 5 tadpoles have a chance to grow to maturity and survive. We will release them back in their natural habitat and hope that they will carry on with frog (or toad) business.

Some of the stories we have been working with during these weeks of frog love are:

The Frog Prince  Grimms (this is only one of many versions) 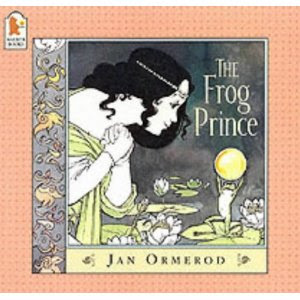 Tale of a Tadpole 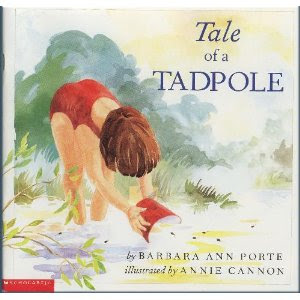